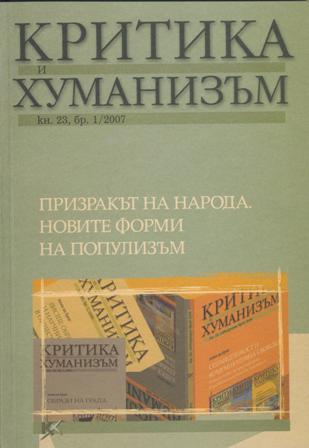 Summary/Abstract: I will begin with a couple of aphorisms. The first is Voltaire’s. When he was told that something was very bad Voltaire’s answer was a question. That question is, ‘It is bad, but compared to what?’ Populism is bad, but if you want a good example of what the total absence of populism leads to you simply have to look at the way we handled in France, in January, February and March 2006, the attempt to introduce a new labour law without any regard whatsoever for any representative of the population, from the governing party down to the common man. The absence of populism is certainly not a functional or a desirable approach.