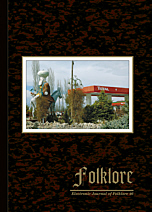 Summary/Abstract: Many music-related subcultures have their own printed media known as fanzines. These journals often include comics, drawn by amateur artists who belong to the same subculture. In my article I will focus on the comics in German reggae and punk fanzines. I am going to demonstrate that besides entertainment and fun, these comics also entail a wide range of political, social and cultural messages as well as attempts to define the subculture’s identity. Punk/ skinhead-comics often discuss political issues, criticize certain features of punk culture (like local patriotism), but also raise issues such as commercialization. Reggae-fanzines focus very often on stressing certain cultural traits like the use of colloquial language, behaviour patterns and dress code which are considered essential to being part of that subculture. Considering the joking, the paper reveals that similarly to South African tribes, the humour of punk and reggae fanzines hides very serious social, political and cultural issues.