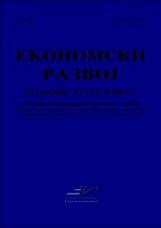 Summary/Abstract: In the recent years there has been a remarkable growth in the flows of foreign direct investments. They outpaced the growth of world output, exports and technology flows. Foreign direct investment (FDI) is an investment involving management control of a resident entity in one economy by an enterprise resident in another economy. FDI involves a long-term relationship reflecting an investor’s lasting interest in a foreign entity. This acceleration of the FDI is enabled by the process of globalization and increasing liberal policy frameworks, together with the number of fundamental structural changes in the international economy and the increasing importance of market forces in development strategies. Foreign direct investment by transnational corporations (TNCs) plays a major role in linking many national economies, building an integrated international production system – the productive core of the globalizing world economy. Transnational corporations deploy their assets (capital, research-and-development capacity and technology, organizational and managerial practices, trade links) with a view towards increasing their competitiveness and profitability. TNCs have become central organizers of economic activities in shaping the international division of labour. The FDI global flows in different periods vary their directions, but the main leaders in FDI inflows and outflows for many years were developed countries, but there are also high growth rates in some developing and transitions economies in recent years. The medium term prospects point to continued high levels of FDI flows to most developed countries, as many of the factors pushing FDI flows upwards are expected to prevail for some time.