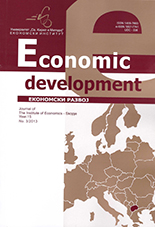 Summary/Abstract: The Administrative contracts as a separate legal institute subordinate to administrative law and jurisdiction and with some minor or major variations and modifications of the "classic" French model has also been accepted in some other European-continental countries. Countries of the Anglo-Saxon law de jure don’t know the Administrative contracts, there he is formally hunched under the patronage(protection) of the private law, but de facto, because of the existence and application of specific standardized clauses or direct legislative and administrative solutions, is has been treated as an act different from the usual public legal agreements. On one hand, the use of prerogatives allowed by the public administration indicates the nature of their public law, but on the other hand, the right to compensation on various grounds and other contractor’s rights suggest to the contracting nature of these acts. It is the coordination of public and private interests which are complementary embedded in the legal regime governing the execution of contracts.