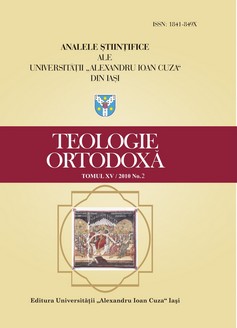 Summary/Abstract: By faith we understand that the universe was formed at God's command. By faith Abel offered God a better sacrifice than Cain did and by faith he was commended as a righteous man. Without faith, man cannot discover God and cannot approach him either. Paul Marie de la Croix says that faith is God’s or a path to God. Without faith no religion can exist, including Christian religion, who has its grounds in God’s revelation and who offers the promise of eternal life as the prophet states by saying: but the righteous will live by his faith (Habakkuk 2,4). It is also true the term emunah is also used as denoting faith in its traditional meaning of faith trust The faith in God, meaning trust, it is fundamental in the biblical monotheism. Also one should not mistake faith for devotion. The word faith most often suggests a purely religious valence. To accept the divine revelation they transmitted, man need faith. Without the healing and redeeming faith of the Old Testament, not even the saving faith of the New Testament would be solid. If sometimes faith seems to overlap the mentality because someone’s way of thinking or acting is profoundly marked by faith. Faith can influence persons, communities, ages and cultures but the issue is that faith should not remain a mere theory or ancient tradition.