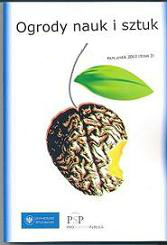 Summary/Abstract: The Vietnamese conflict in the years 1964-1975 was the most widely broadcast and precisely reported war in the history. Although the atrocities of wars appear similar, the picture of the war in Vietnam was reflected over the years very painstakingly, often more extreme and generally different than the way the authorities interpreted it, hence arousing deep disappointment. , Thus, it revealed the subjectivity, power of journalistic propaganda and the fact that the media are able to transform from the commonly know 4thpower into the first one.