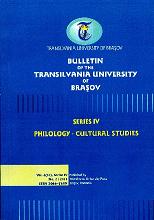 Summary/Abstract: This essay will use a Tiny Toons episode, “Fields of Honey”, as an excuse to survey stereotypical female and racial roles depicted in the most representative cartoons of the 20th century. It is particularly relevant to go back to a 1990s cartoon series since, in that decade, Western animation was undergoing crucial changes in its conception which would determine significantly the upcoming animated instalments of the new millennium. Moreover, contemporary cartoonists are now those grown-up children that watched the earlier American cartoons whose allegedly unconscious female discrimination and “innocent” racism might somehow have been fossilised among its audience and become thus perpetuated in the culture and imaginary of the globalised world. Finally, it is also important to be acquainted with the contents of cartoons understood as children’s products, especially in a period where television is taking over most of the parental duties and guidance in children’s development into adulthood.