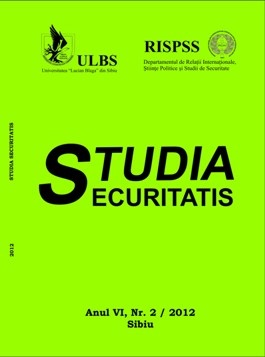 Summary/Abstract: The Soviet-Romanian relations met with a check from their beginning, in November 1917. Romania had important interests in Russia: the recognition of Bessarabia belonging to Romania and the retrieve of the important Romanian gold treasure and other values which were secured in Russia during First World War. Romanian government didn’t accept to collaborate with the Soviet power and lost its important interests. There are identified the most important internal and external risk elements for Romanian’s security, during the interwar period. A special interest is assigned to the national minorities, organized on ethnical criterions and their loyalty lack to the Romanian Unitarian national state.