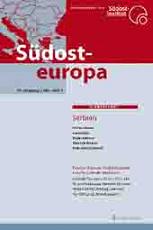 Summary/Abstract: Abstract: Islamic basic religious instruction (mektebs) and Islamic secondary schools (medresas) have flourished in socialist Yugoslavia since the 1960s, and a Faculty of Is-lamic Theology was opened in Sarajevo in 1977. Following the violent dissolution of Yugoslavia in the early 1990s, religious education classes, placed under the responsibility of the main religious communities, have been introduced in 1994 into Bosnian primary and secondary schools. Since then, their confessional (separate) character has been a tar-get of criticism. The international community and part of Bosnian civil society insist on replacing religious education by an inter-confessional subject called ʺCulture of Relig-ions.ʺ At the same time, the Bosnian Islamic Community (Islamska zajednica – IZ) has opened several medresas and two Islamic Pedagogical Faculties. Medresas underwent an important transformation from vocational schools to general secondary schools with an Islamic moral milieu and lifestyle, while Islamic faculties are institutions training reli-gious personnel and contributing to the (re-)definition of Islam in Bosnia and, possibly, in Europe.