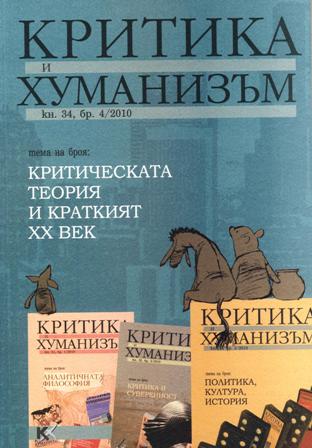 Summary/Abstract: The paper investigates Adorno’s ambivalent attitude towards Hegel: on the one hand, Hegel is the philosopher of Modern Dialectics, of the critical force of the negative; on the other, he is also the philosopher of the totalizing system, of the identical par excellence. The emphasis is placed on the extent to which the problematic of separation, refl ection, and reconciliation, developed by Hegel, is inherited by Adorno. Hence Adorno’s dispute with Hegel can be seen as a dispute on the question whether reconciliation is possible in modernity. This dispute and its results shape the particularities in Adorno’s and Hegel’s conceptions of the signifi cance of Art.