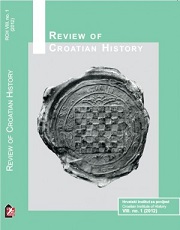 Summary/Abstract: Th e aim of this article is the analysis of national minorities in the fi rst Yugoslav state, the Kingdom of Yugoslavia. Focusing on its multicultural structure and shaping its political, social and religious diversity, the author takes into account the problems of various minority groups in Yugoslavia and the failure of its global minority politics as well.