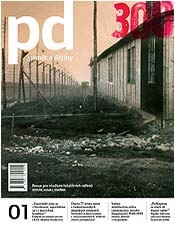 Summary/Abstract: Rudolf Antonín Dvorský (1899–1966) was one of the most popular Czech swing and jazz singers. In 1929–1944 he directed the dance group The Melody Boys, one of the most successful music orchestras in Czechoslovakia and, later, in the Protectorate Boehmen und Maehren. He founded and managed a successful music publishing house. Although jazz was described as a “perverse art” by the Nazis, Dvorský’s art work was not greatly restricted under the Nazi occupation. In 1944 he contracted tuberculosis and had to disband his orchestra. After February 1948 jazz came to be deplored by the Communists just as it had been by the Nazis before – it was described as “decadent bourgeois art”. R.A.Dvorský, whose publishing house was nationalised, therefore attempted to flee abroad in the summer of 1950 where he wanted to continue his editorial career with Mills Music, an American publisher. The escape was to be made using a Czech Airlines aeroplane which was to be hijacked by a group of Czech pilots, formerly RAF pilots. The plan failed because of a defect in the plane. The attempt came to light two and a half years later when one of the organisers, General Vilém Stanovský, a Czechoslovak W.W.I legionnaire in France and a former prisoner at the Dachau concentration camp, was arrested. Stanovský was caught by the Communist secret security police through its officer lieutenant Arnošt Beneš, who pretended to be an agent of the western intelligence services. Stanovský never revealed the participants of the intended escape under interrogation – the investigation probably identified them through an informer assigned to Stanovský’s prison cell. The state security police surveyed R.A.Dvorský and secretly photographed him; he was arrested in September 1953. He was convicted of attempting to desert the state and conspiracy to commit high treason and was sentenced to five years in prison in February 1954; later the sentence was cut to three and a half years on health grounds. In the prison he was, amongst others, reprimanded for breaking the ban on teaching English using messages written on pieces of paper. He was released in May 1960 and died on 02 August 1966.