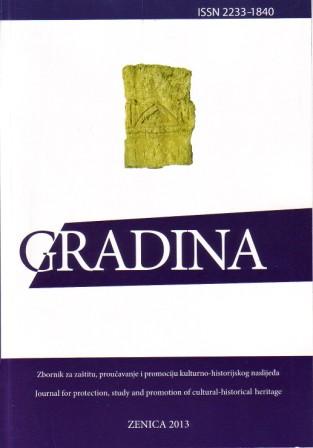 Summary/Abstract: The Baden culture was identified on the teritory of Bosnia in the mid of XX century after the research of localities Brdo in Dvorovi and Vinogradine at Ševarlije, which for many years remained the only two known Baden culture sites in Bosnia. By researches that followed, determined it was that this culture is a lot more represented than it was previously believed due to the fact that nowadays, there are thirteen Baden culture localities in the aforementioned area. Thereby, special attention should be put on sites where the Baden pottery occurs in the same strata with Butmir pottery. The penetration of Baden culture from the Pannonian - Danubian area to Bosnia, as shown by localities Okuklje in Gornja Bebrina and Saloš in Donja Vrba near Slavonski Brod, was purely economic in nature, given that in this region the carriers of Baden culture shipped copper ore.