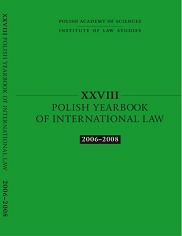 Summary/Abstract: This article analyzes the Convention on the Prevention and Punishment of the Crime of Genocide in the proceedings of national courts. National courts are not willing to deliver interpretations of the elements of the crime of genocide, hence in this respect their judgments are rather superficial when compared to international rulings concerning genocide. With a few exceptions, national courts base their rulings on the practice of international courts. One of those few exceptions is the question of “destruction of the group” in the case of Jorgić, and the broadened definition of “national group” elaborated by the Spanish courts. Moreover, there have been only a few prosecutions for genocide in national courts, and this practice has had little to contribute to the definition of the crime of genocide. The courts neither interpret the notion in new ways, nor even add new interpretations to the practice of tribunals ad hoc. Ironically international tribunals have developed the law of genocide, even though it is domestic courts which should be the courts of the first resort (and the first “source” of interpretation).