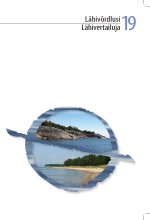 Summary/Abstract: The paper deals with one of the aspects of metalinguistic awareness: raising consciousness about learners’ first language during the learning process of foreign and/or second languages. The aim of the study was to explore what kind of observations learners make and what views they have about their first language, Estonian and Finnish. To study these views data was gathered from students of Jyväskylä and Tallinn Universities. The participants of the study were asked to write essays to discuss whether the L1 of the learner supports or impedes the learning of L2. The first languages of the learners were Estonian and Finnish; the target languages they had studied Estonian, Finnish, Finnish sign language; English, German, Swedish, Norwegian; French, Spanish, Portuguese, Italian; Russian, Polish, and Bulgarian. The study focuses mainly on the relations between actual and assumed crosslinguistic similarity and difference: one aim of the study was to find out if the learners’ views are in correspondence with typological similarities and differences.