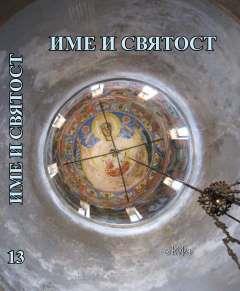 Summary/Abstract: The paper analyses the text dedicated to St. Sabbas the Sanctified in the so-called Modern Bulgarian Damaskins (manuscripts containing vitae and sermons written in vernacular in the 17th century in Bulgarian lands), in particular in the Protopopintsi Damaskin (no. 708 in SS Cyril and Methodius National Library) as compared to its copies in the Tihonravovski Damaskin, Troyan Damaskin, Koprivshtica Damaskin, and Svishtov Damaskin. Saint Sabbas the Sanctified (439 – †532) is commemorated by the Orthodox Church on December 5. He is considered to have been one of founders of Christian monasticism. There are two extensive vitae of the saint, written in Greek by Symeon Metaphrastes and by Cyril of Scythopolis which were translated and disseminated in medieval Slavonic manuscripts. Further, in the 17th century a vernacularized Vita of the saint was composed in Bulgaria and this version was widely disseminated in the so-called Modern Bulgarian Damaskins. The present paper systematizes linguistic and textological peculiarities of the Vita of the saint Sabbas in the Modern Bulgarian Damaskins concentrating mostly on the Protopopintsi Damaskin, and shows that this damaskin preserves features that should be born in mind when a critical edition of this text is pursued.