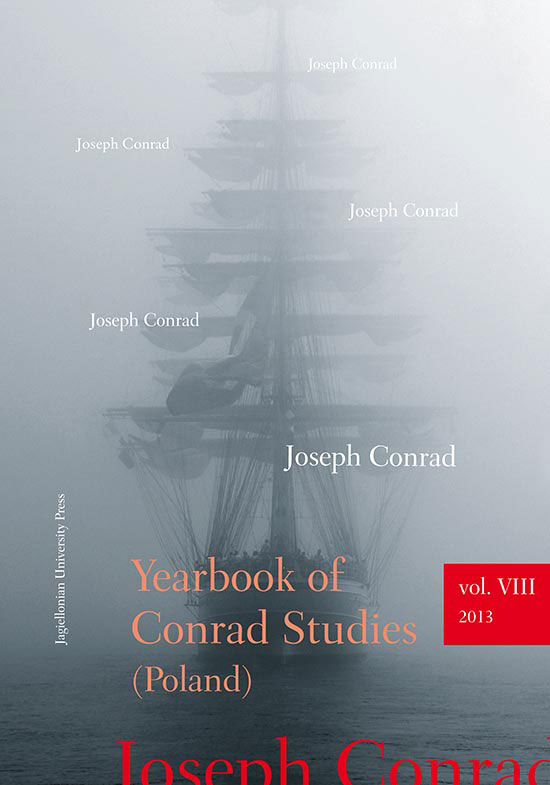 Summary/Abstract: This article examines the trends in Bulgarian critical appraisals of Conrad’s writing and the transformations they have undergone over the last hundred years. Though few in number, these appraisals are nevertheless profound and perceptive, keeping in focus the most essential messages of Conrad’s works, as well as the facts of the author’s remarkable life. The scope of these critical endeavours has long been of a rather limited nature, but in some of the articles there has definitely been a noticeable trend towards a monographic approach. The growing fascination with Conrad in Bulgaria became particularly evident during the celebrations to mark the 150th anniversary of the writer’s birth. The Polish Institute in Sofia contributed significantly to this event, organizing university lectures and film projections – not only in the capital, but also in other parts of the country. In addition, the Warsaw 150th anniversary exhibition entitled “Twixt land and sea” was invited to Sofia (the co-author of the present article being one of those who took part in the opening ceremony). This heightened interest in Conrad – the man and the writer – is partly the result of current trends towards intensive cultural interaction and also a growing fascination with migrant writers coming from multicultural backgrounds. It may well be that these recent developments have contributed to the publication of two monographs on Conrad: Stefana Roussenova’s comparative study entitled Dialogues in Exile: Joseph Conrad, Vladimir Nabokov, Eva Hoffman (2010) – which addresses the problems of exile and migration in some of Conrad’s works – and Margreta Grigorova’s monograph entitled Joseph Conrad – the Creator as Seafarer (2011), which not only reviews the seminal achievements that have contributed to the expansion of Conrad studies in Bulgaria, but also builds on them and takes them to completion.