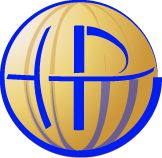 Summary/Abstract: The article starts with the assumption, that there is no European public opinion and no European demos at present. This leads to reconsidering the process of European integration – its actual progress as well as alternative possibilities. The integration of nations can proceed from above, through political and legal decisions, or arise through a gradual establishment of a supranational public opinion. Both models of integration have failed so far. This failure to integrate Europe went together with an important transformation of the foreign policy of the biggest state in the Union – German Federal Republic. Integration within the frames of European institutions remains one of the imperatives of this politics, but at the same time Germany wants to play the central role in the unified Europe. Is a further centralization of power in the European Union a proper response to the financial and economic crisis of the Eurozone, or would it be rather advisable to aim at an integration of European nations, based on equality and public debate?