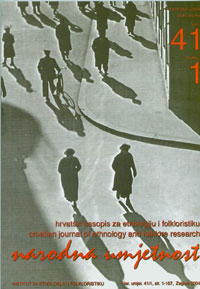 Summary/Abstract: Growing out of the traditions of the Antique civilisations, upon which a Slavism whose spirituality was realised on the Christian guidelines of the Western Church was consolidated, Croatia represents a unique civilisational, religious and culturological combination which, in order to survive, was obliged to have its own autochthonic means of expression. At times approved of, more frequently negated, it was, nonetheless, historically confirmed. In the whirlpools of history, the Croatian lands emerged, and prevailed, as the steadfast eastern European border of Roman Catholic Christianity, with the British Isles standing on the western European border. Geographically located at opposite ends of the spectrum, there is much that divides these two cultures, but, still, a number of things that link them.