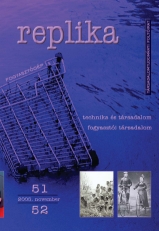 Summary/Abstract: The article reviews the major lines of debate on consumer society and culture, organized along four topics. The first examines the relation between consumption and society, and tracks the theoretical shift in the conceptualization of the role of consumption from an insignificant factor to the major structuring force of society. The second debate focuses on the different interpretations of ‘consumer’ culture, which is discussed in the light of the changes in ideas on the mechanisms of consumption. In the third part – still related to issues of culture – the nature of the relationship between human subjects and the material world of objects surrounding them is discussed, which forms the basis of debates on whether consumer society is best characterized by manipulation or by cultural enrichment. In the fourth, closing part I analyse the debates on consumer society from the point of view of the underlying interests, values and power relations associated with them.