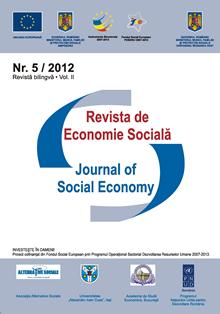 Summary/Abstract: The concepts that can be turned operational in a double dilemma - a) on one hand we see, during the past months, on the local political scene, protest movements (in a purely legal sense) or, rather, an expression of the political will in severe forms, with whom we got accustomed from the Romanian political environment? b) on the other hand, they are totally divergent with the political partisanship and with the civic activism or, in precise contexts, we find the intersection area of the two? – this is not totally new for the investigators of the recent public space: protest represents merely only the right (recognized by the Constitution) to show your discontent in the public environment (without having the authorities intervene for this manifestation); violence is a characteristics of societies, and its symbolic “face” accompanies us during the entire history of mass-media (political violence presents itself as a species, discredited, now and then, due to the frequency, to the wear and tear of its generating mechanisms, to the repetitiveness of the players and the monotony of the speeches); political partisanship, quasi-tautological phrase, refers directly to the parti-pris, not leaving space for a certain inter-party-minded elegance (exception making the temporary alliances for obtaining power, the transfer of some politicians from a doctrinaire “area” to another, the support contracts made in the Parliament for some mutual beneficial laws, etc.); civic activism, another desideratum in its essence, for the fragile democracies of the post-totalitarian Eastern Europe (here and there, now and then, voluntary impulses, with modest success and inevitable mistakes, with committed people and opportunists, like in any field of activity...) Placed, contextually speaking, in relationships of logical or affective type, these “cardinal points” of the political fight tactics lead to interpretation alternatives that are fresh, particular, useful for the social post-December space who hopes for a deliberative democracy.