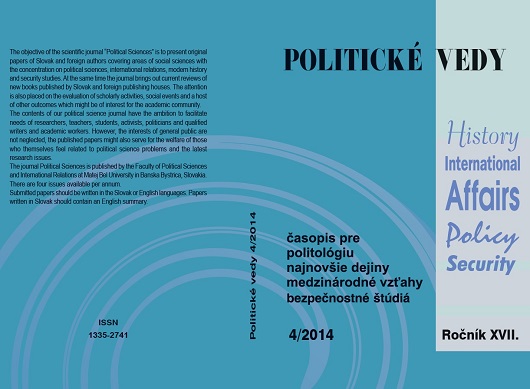 Summary/Abstract: Cultural diplomacy, as a set of activities, undertaken directly by or in collaboration with diplomatic authorities of a state, which are aimed at the promotion of foreign policy interests of this state in the realm of cultural policy primarily by means of fostering its cultural exchange with other (foreign) states, is an important part of diplomacy in our days. In practice, cultural diplomacy can include the following main activities: assisting cultural subjects in the dissemination of national culture and cultural identity, promoting dissemination of the national language of the sending state in the receiving state, promoting and explaining cultural values of the sending state in the receiving state, negotiating international treaties on cultural cooperation and, finally, supporting and keeping up contacts with expatriate communities in the receiving state. However, the structure, as well as the overall intensity of the cultural-diplomatic activities may vary, depending on the state and its foreign policy priorities and ambitions.