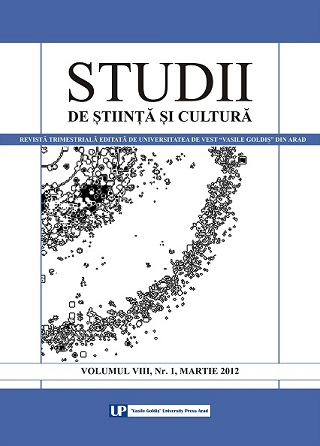 Summary/Abstract: The aim of this paper is to prove that André Gide’s apparent “book about nothing”, ‘Paludes’, represents, in fact, an important step in the evolution of modern literature and its significance lies not in its simple subject and lack of action, but in the original writing technique that the author chooses for his “sotie”, in which the form is more important than the content and the characters. This paper contains instances taken from the book, and the author’s own explanations, as well as various critical references that are meant to support the arguments that we want to underline, namely that this satire presents a narrator in the process of creating a story-within-a-story, using what is called the “mise en abyme”-technique that Gide will also apply in his only novel, ‘The Counterfeiters’. The ambiguity of ‘Paludes’ is intentional, the readers being invited to discover what is left unsaid and to contribute to the composition of the book.