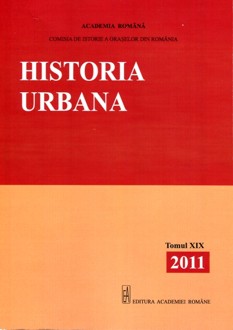 Summary/Abstract: The essay attempts to reevaluate the reigning historiographical concepts of pre-modern models of economic development in Southeastern Europe. It is a cross-national and cross-regional survey identifying the Byzantine/Bulgarian socio-economic model as part of the ongoing debate about European transition from feudalism to capitalism. Through an examination of modes of economic production, socio-property relations, urban morphology and social structure, as well as coin production and circulation, the paper demonstrates that the late medieval town in the Balkans followed the main trends of economic growth that are typically represented by the Italian city-states and formed thus a thriving part of the socio-economic environment of European Mediterranean. In my paper, the town in late medieval Bulgaria is conceptualized as part of the socio-economic system rather than some isolated and distinctive entity. Therefore, the rural environment is an essential component for understanding urban socio-economic development: The town and its hinterland are conceptualized as two elements of the same structure rather than two opposing and separate entities.