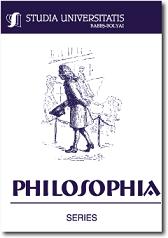 Summary/Abstract: Starting with Husserl and continuing with Heidegger and Merleau-Ponty, phenomenology has regarded humans as being non-normative, that is, as beings-in-the-world, where “world” is to be understood as world of life (Lebenswelt). This non-normativity concerning humans implies that human beings cannot become a “subject” (in the proper sense of the word) of science, a fact that changes in a way our relation with our own humanity. If it cannot be known what being human means, then what keeps us in relation to one another, namely our humanity, is not just a matter of knowledge but also a matter of what is beyond this so called “essential” quality of being human. It is not just a matter of political, social or cultural construct, but a question of a certain state of normality which results from a conglomeration between ethos, pathos and logos. Greek rhetoric already had such a view of humanity, when trying to persuade and to change people’s mind. But inasmuch as science has become more and more explanatory, i.e., more directed towards the normative, this conglomeration has been broken. The aim of this paper is to recuperate in a way the lost pieces resulted from this implosion, although not to recreate an old understanding of what being human is, but to reopen an horizon of human knowledge in what concerns the state of normality. For this to be acquired, we are going to make use of phenomenology and psychoanalysis in that particular way in which they are conceived by Marc Richir and Jacques Lacan, a conception which is primarily non scientific.