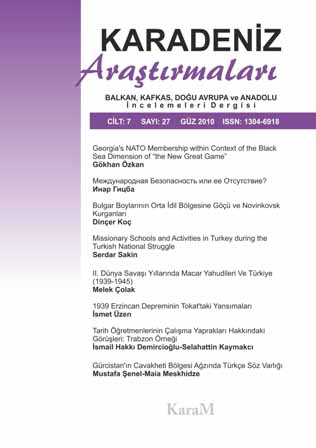 Summary/Abstract: Till the end of 19th century, Hungarian Jews gained an important economic position in Hungary. When Hungary lost most of its land with the signing of Trianon Treaty, it decided to follow a foreign policy very similar to the ones followed by Germany and Italy with the hope of regaining its land, and this had some impacts on Jews. The present study deals with the conditions leading to the emergence of anti-Semitism in Hungary by pointing out the aids made by Turkish State to Hungarian Jews during the 1st and 2nd World Wars.