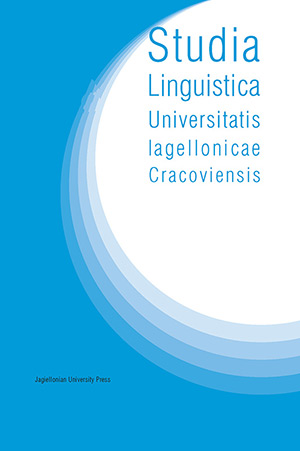 Summary/Abstract: The present study – divided into two papers – provides an analysis of the semantics of the Vilamovicean verbal system within a cognitive and grammaticalization framework. On the one hand, the author offers a detailed description of the entire semantic potential of all the verbal constructions available in the language and, on the other, provides an explanation for the senses conveyed by each one of these forms – more specifically, it is demonstrated that the semantic sphere of every gram can be explained and, hence, unified by making use of typologically common evolutionary scenarios, viz. paths. Consequently, the author shows that the entire Vilamovicean verbal system can be modeled as a recursive process of grammaticalization “waves” whereby older and newer forms evolve along a set of identical paths. This paper constitutes the second part of the series. It provides an explanation of the semantic potentials offered by the Vilamovicean verbal formations and designs a cognitive-grammaticalization model of the entire verbal system of this language.