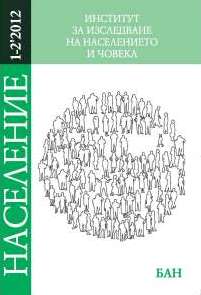 Summary/Abstract: The aim of this article is to present dynamics of family values and attitudes in Bulgaria, Poland and Norway during the last two decades doing an analysis of the empirical data from two representative studies of values. These studies were conducted in 1990 and 2008 within the framework of the European Values Study (EVS) with a standardized questionnaire. An accent is put on to the attempt to trace differences and similarities in value orientations towards marriage, divorce, lone motherhood, children, etc. across three generations of young people (18-29), middle-aged (30-49) and adult people (50 and above). The specific tasks are: 1) to detect the effect of generation and effect of time on the dynamics of family values; 2) to outline similarities and differences in the dynamics of values between the three countries and to focus on Bulgarian specificity in value orientations. The theoretical framework of empirical analysis is based on two theories – the theory of the second demographic transition of D. van de Kaa and R. Lesthaeghe and the R. Inglehart’s theory of materialistic and postmaterialistic values. The aim of presented results is to outline contextually intermodal character of second demographic transition and Bulgarian specifics conduct of modernization process in the private family sphere in terms of the ongoing socio-economic crisis.