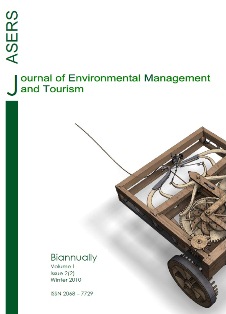 Summary/Abstract: The purpose of this paper work is to provide a basic juridical-legislative strategy under which countries of the southeastern Europe would regulate and harmonize their local legislation with European conventions assuming to provide protection and sustainability to the environment. This due to the fact that these countries effected by their past are facing with a high rate of pollution and with lack of efficient policies dedicated to ecological sustainability. It is uncontested that the global social-economical development has shown an unforeseen growth before. On the other side, we have silently ascertained that in parallel with this advancing the environment where we live has been catastrophically degraded and destructed so that we don’t even think that the future generation has the right to live normally as well. Due to this gradual risk, in particular in the beginning of the 70’s primarily from the international institutions and later from state governments themselves, there are symbolically noticed programs for environment protection, and issue and execution of declarations and conventions, by which not only particular preventing reacting measures are recommended, but also they enforce governments of countries to approximate their national legislation with the principles and standards these significant documents provide. Due to the continuous increase of the social risk and environment destruction trend two conventions have been issued which enforce countries to regulate the responsibility for environment protection with the Civil Law and the Criminal Law, this way qualifying and considering dangerous actions of objects towards the environment.