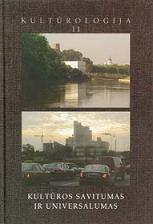 Summary/Abstract: Corruption is an old social phenomenon intrinsic to governments, individuals, organizations, and countries, both developed and developing. Despite sustained efforts of many states and international organizations to curb it, corruption as an ethical and legal problem still exists. Speaking rather generally one could state that corruption is closely linked to community-set culture. The authors of the article aim at tackling the phenomena of corruption culture as opposed to anticorruption culture not only at a theoretical level but also with attempts to model possibilities and outlook of establishing anti-corruption culture in Lithuania. Putting forward pragmatism and individualism as its main values, consumer society creates more favorable conditions for corruption to run rampant among policy makers and civil servants. Usually corruption culture is obvious in weak and immature societies. Various researches suggest that public opinion about corruption in Lithuania is quite controversial: intolerance towards this social evil to a large extent fostered by the media is on the other side opposed to readiness of citizens to give a bribe to have one’s matters handled faster and more efficiently. Tolerance to corrupt practices speaks not only of an evident crisis in the scale of social values, but also of a transient character of estimating one’s perspectives and absence of a strong civic position in this field. To escape many negative consequences of corruption, no effort should be spared to eliminate causes and conditions for corruption to appear and to promote anti-corruption culture based on the positive values. There might be two aspects of anti-corruption culture: the first is theoretical referring to specific concepts of the social sciences, and the second aspect is practical where the aforementioned concepts are trying to find their place in a current social reality and to alter it. The cornerstone of anti-corruption culture is an open civic society that respects private and public property and a common national political authority, a society that takes an active and conscious part in political and social life, that is well aware of ongoing processes of public administration and social life, that feels responsibility (for itself and others), builds relations with other citizens on respect, tolerance and co-operation and is perspective-oriented.