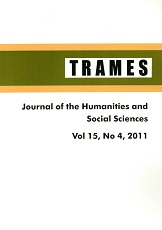 Summary/Abstract: Literary languages can be divided into those which are more transparent or less transparent, based on phoneme-grapheme correspondence. The Estonian language falls in the category of more transparent languages; however, its development could have proceeded in another direction. The standards of the Estonian literary language were set in the first half of the 17th century by German clergymen, following the example of German orthography, resulting in a gap between the ‘language of the church’ and the vernacular, as well as a discrepancy between writing and pronunciation. The German-type orthography was suited for Germans to read, but was not transparent for Estonians and created difficulties with the teaching of reading, which arose to the agenda in the 1680s. As a solution, Bengt Gottfried Forselius offered phonics instead of an alphabetic method, as well as a more phonetic and regular orthography. The old European written languages faced a similar problem in the 16th–17th centuries; for instance, Valentin Ickelsamer in Germany, John Hart in England, the grammarians of Port-Royal in France, and Comenius and others suggested using the phonic method and a more phonetic orthography. This article explores 17th century Estonian orthography reform and the reasons why it was realized as opposed to European analogues.