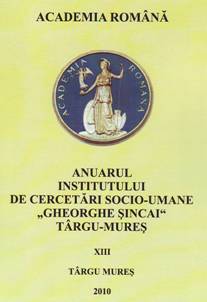 Summary/Abstract: Initially written in 1881 by Nicolae Gane, Stejarul din Borzeşti was rewritten by Eusebiu Camilar in 1954 and became one of the most popular historical short stories in Romania. It was included in most literary textbooks or curriculum since its first publication. This short story is relevant for the cultural policy of the communist regime in 1954 and the present article analyses the reasons why today, after the 1989 Revolution, after the 1999 education reform, and after NATO and EU integration, a pupil in the third grade is compelled to read this story. In the followings, there will be analyzed the political context under which this short story was written, the cultural policy in which it was inscribed, the way in which children literature was integrated in the official culture of the regime, and the way in which a new historical identity was built for the young generation and why such texts survived the post-communist period until today. In conclusion, the Romanian communist regime, after a period of severe cultural purge, attempted to create of a “new culture” suited for the “new man,” the builder of socialism, a sense of identity which was equally based on national independence and class struggle, the former being preponderant. This ideological effort was performed through supporting a new literature whose directions and principal themes were inspired by the party policy, rewriting some of previous texts in the light of the new ideological imperatives, retrieving the classics of Romanian literature on the ideological criteria, retranslating the great works of universal literature and reinterpreting according to the same criteria. Camilar’s short story is a good example of this attempt of recasting and reinterpreting of Romanian culture and history as a struggle of the ordinary men for independence.