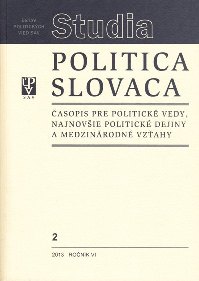 Summary/Abstract: Under the increasing impact of globalization, classic forms of political community are transformed and position of the nation-state is amended. It is visible through the objectively reduced (divided) and substantially different form of sovereignty, through the forming of new political identity and legitimacy, and through new relationships on an international level (a “new world order”). On the one hand, the political decision-making processes, guidance and control over the national economies are no longer the exclusive right of nation-states. On the other, the growth of new forms of civic organization expands political participation and civil society action outside the nation-state, and vice versa. Changes caused by globalization transform well known forms of democracy and its political perspective (e.g. cosmopolitan democracy as a more participative democracy at the local level as an addition to political relationships within the global order). However, the creation of a global democracy includes problems of political identity, constitution of political community, legitimacy, constitution of government and making of collectively binding decisions as well as commitments to be subjected to them. Therefore it is not possible to think sovereignty to be in decline or even questionable, but only that it has to be redefined in terms of its enhancement, i.e. its adjustment to new social and political conditions that are in many aspects defined at the level beyond the nation-state. Hence, this study advocates a dynamic approach and reconceptualization of these concepts by avoiding pervasive use of simplified dichotomies in explanations of their relationship, and proposes its functional understanding in terms of its efficiency, i.e. as dependent on system’s output and state capacity. An effective system and capacity of the state to regulate society, distribute common goods, and have an efficient institutional structure capable of realizing it – are crucial both to sustain an adequate level of nation-state sovereignty in the globalized world and support a stable democracy, which, if it is substantive, has the political mechanisms to maintain a balance between national interests and global impacts.