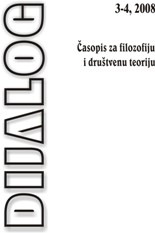 Summary/Abstract: Marx reminded us that the critique of political economy is also the critique of religion, that economy is religion. Thus, a critique of religion that would not attend to economy, or let it continue to expand its dominion – what passes for “secularism” today – would fail to reach its aims. “One might just as well abolish the Pope while leaving Catholicism in existence.” Money is religion, then, and economic theology is the history of religion as political economy. More precisely, and because Christianity is evidently not just any religion but rather conceals itself under that general term, economic theology is primarily the history of what Jacques Derrida has called mondialatinisation. It is the history of a concealed trinity: the translation, transubstantiation, and transvaluation, whereby Christianity became, in fact, “religion,” blood became money, and money – faith and works, pace Weber – became what it is all about.