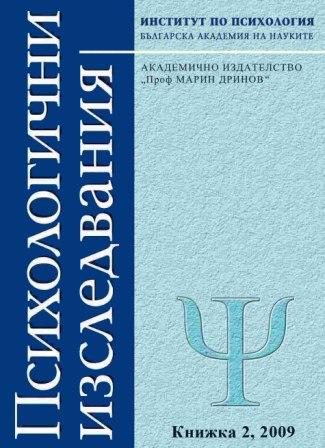 Summary/Abstract: The aim of this study was to explore young people’s concepts of the actual reality and its change in the last 19 years. The whole period from the beginning of the social change in Bulgaria till now was ttraced out in 5 separates years: 1990, 1994, 2004, 2006 and 2009. For the purposes of the study some specially prepared methods were applied. The results established a domination of the negative reality perceptions for the entire examined period. For the young Bulgarian people, the actual reality was mostly tense, unpredictable, filled with conflicts and violence. The positive aspects of the reality occupied a subordinate place in youths’ notions. The positive perception of the actual reality endured decreases trough the years and gained its lowest rate in the last observed period.