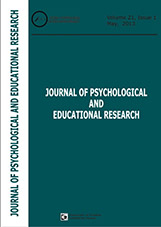 Summary/Abstract: The objective of this study is to investigate the relationship between behavioral dependence to the computer and the internet and psychological health. The sample is composed of all girl and boy students from high schools in Torbat-e-Jam. According to the Crazy & Morgan formula, the sample size was calculated to be 356 persons who were selected by the stage cluster sampling method. The measurements tools included: 1. General Health Questionnaire (GHQ), composed of 28 items included in 4 subtests, physical symptoms, anxiety, disorder in social performance and depression; 2. Generalized problematic internet use scale (GPIUS), composed of 29 items grouped into 7 aspects of internet problematic use, such as temper changes, social benefits, obligatory use, time consuming, seclusion, interpersonal control, negative outcomes. The data was analyzed using the Pierson correlation coefficient and its significance test. The summary of tests indicated that dependence to the computer and internet resulted in a type of isolation, seclusion, and mental engagement for students. Behavioral dependence to the internet in addition to physical disorders has a direct relationship to anxiety, social action and depression.

Journal: International Journal of Education and Psychology in the Community (IJEPC)