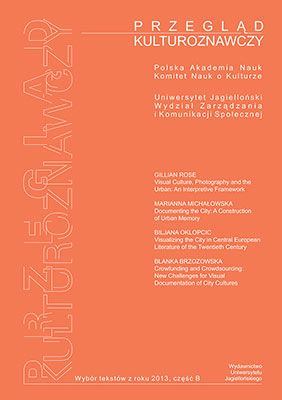 Summary/Abstract: By exploring the cliché that socialist cities are ‘grey’, this paper seeks to employ the anthropology of colour for unravelling the peculiarities of the East European urban experience. By analyzing the oeuvre of Władysław Reymont, I show that greyness in Eastern Europe has a distinct lineage. It is not, like in the West, a colour poised between black and white, but the very opposite of red. I show how greyness emerged as the central trope for narrating Polish agrarian capitalism, and how after 1945 it was moved onto the urban turf. Greyness became salient because it captured the very essence of the contradictions of nascent urban Poland: a blend of freedom and oppression, equality and hierarchy, solemnity and joy. I describe these conflicting meanings of greyness and show how colour suddenly became the fulcrum of the struggle to generate an urban experience beyond capitalism and socialism that would be East European and cosmopolitan at the same time.