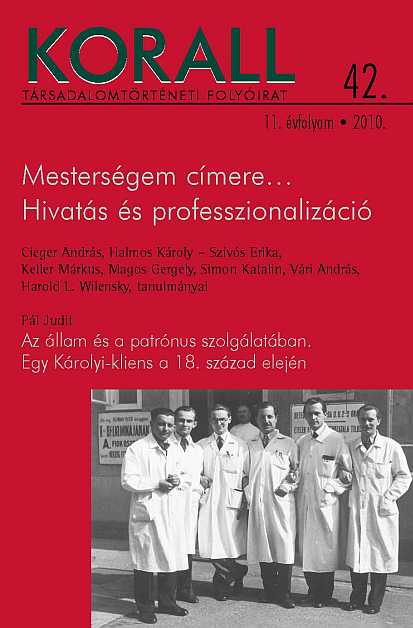 Summary/Abstract: The study argues that the process of professionalization is strongly tied to time (for example electoral terms, government appointments), and that it can be analysed in cases of rather vaguely defined professional groups, such as that of politicians. Although this type of occupation cannot be fully described by traditional sociological categories, it is characterised by a kind of group identity, and can be described to have typical professional training curves, specific internal and external norms, specialisations, and even a layer in the political scene that pursued politics as a long-term profession supported by family networks. The transformation on the conceptual level also indicates professionalization: by the second half of the nineteenth century professional groups emerge in the world of politics, in the way Max Weber described in his wellknown 1919 lecture. The study suggests that the professionalization of politics is not directly dependent on the processes of democratisation and development of party system. The strict and exclusive application of the Weberian categories masks changes that are important, albeit difficult to measure. With regard to the transformation of the world of politics in the nineteenth century Cieger concludes that the difference (‘lagging’) between the two halves of Europe is not as great as is portrayed in traditional scholarship.