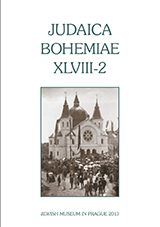 Summary/Abstract: In this paper, we address these issues in the case study of Walter Fröhlich. Combining archival materials from Britain, the Czech Republic, and the USA, we are able to reconstruct in detail the steps of Fröhlich's efforts to re-establish himself in Britain or the USA, and describe the circle of prominent mathematicians who tried to help him. The material we have found shows that in order to succeed in an emigration attempt such as Fr6hlich planned, it was necessary to be not only an outstanding scientist of suitable age, but also well connected in the mathematical community in the UK. or USA. Furthermore, the time factor was important, and those who could make the quickest decisions about emigration stood the best chances of success. The aspect of time pressure has so far been overlooked in the literature on the emigration of scientists from Czechoslovakia. In the end, it was lack of time which proved fateful for Waiter Fr6hlich. Unfortunate circumstances prevented him from escaping the Nazis in time, and he was deported to Lódz (Litzmannstadt), where he died after a year of suffering at the age of 39.