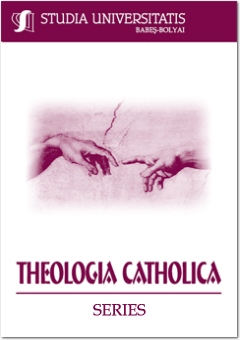 Summary/Abstract: Antonio Roselli and the Treaty on De ieiunijs from Batthyaneum Library. Our study takes as a starting point an incunabula which can be found in The Batthyaneum Library of Alba Iulia. It is about a colligation which includes the treaty De ieiunijs written during the fifteenth century by Antonio Roselli, professor of canon law who built his teaching career at the universities of Siena, Bologna, Padua. It is through the existing relationships between Antonio Roselli and one of his disciples, namely, Enea Silvio Piccolomini, that we are now in the position where we can rivet our attention to Roselli. These reports date from the study period of E. S. Piccolomini in the University of Siena, where he had attended courses given by Antonio Roselli; he latter taught in 1427 various disciplines of legal rights, including the course of De soluto matrimonio. The contact that Roselli had with Piccolomini did not last long, proof of that being the reduced number of references to Professor Roselli, existent in the numerous books and written correspondence of Piccolomini, these being the documents that we have studied. The literary activity conducted by Antonio Roselli should not be left aside; some of his works were printed from the fifteenth century on, but there are others which remained in a manuscript form and which are now in archives and European libraries. The only one of his works which can be found in Romania, De ieiunijs, published in Cologne in 1497 – is preserved in the Batthyaneum Library. Of quite small length, the treaty in question develops a theme which has been the subject of many discussions: The Lent. Antonio Roselli has built his own speech in the light of views expressed by many well-known authors of the field: Innocentius, Goffridus, Lactantius, Hieronymus, Petrus Lombardus etc., of whom he analyzes the opinions; he does not leave his personal views aside when dealing with issues such as the definition of fasting, the proper days to fast, the possibility to change the days of fasting due to various reasons, including the illness, people who are exempt from fasting or its beneficial effects.