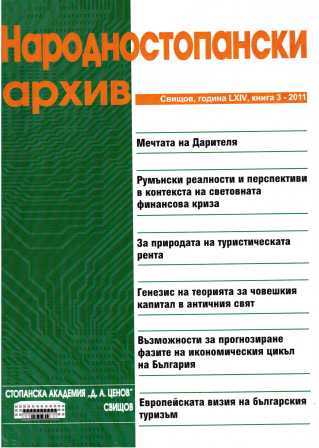 Summary/Abstract: The research entails statistical analysis of the energy consumption of households in Bulgaria for the period 1999 - 2009 within different sections. The total consumption and the consumption of energy groups in absolute and relative size are investigated. Regularities and tendencies are revealed, on which a scientifically-based analysis of the resultant state as a prerequisite for the evaluation of energy efficiency is carried out. To ensure comparability of the figures used, energy consumption is converted into a conditional measure - tons of oil equivalent to 1000 inhabitants.