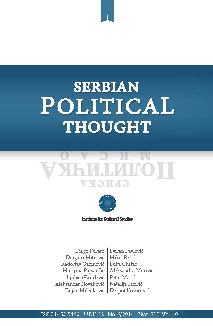 Summary/Abstract: World economic crisis has focused, intensified and notably eased realization of huge Chinese interests in Europe and European Union. On the other side, it has significantly influenced change of the EU’s attitude towards China, which suddenly for some has become appreciated big investor, and even saviour of the EMU through purchasing the EFSF bonds, as well as Union’s economy on the whole. For the others, she remained a threatening imposer. Important alarming point of such attitude change supporting the later position has been reviving of the economic cooperation between China and Central and Eastern European countries thru “China plus Sixteen” framework. For Chinese and crisis stricken countries in Central and Easter Europe it was more promising and matching interest cooperation between investments and technology hungry CEE countries and China in global dispersing asset-acquisition process. Long history and tradition in cooperation since the very birth of the People’s Republic and absence of political preconditioning only supported the issue.