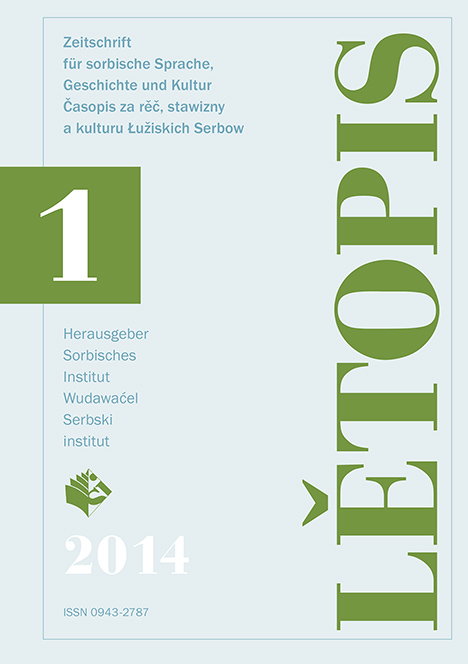 Summary/Abstract: While the results of the municipal, district and state elections in the autumn of 1946 in the district of Kamenz were in line with the general picture of election results in Saxony and the Soviet Zone, the proportion of votes cast for the SED in the predominantly Sorbian communities was much lower than average. Conversely, the CDU achieved majorities here. One reason for this was the strictly Catholic background of large parts of the Sorbian population. A second, decisive reason stems from the fact that the SED district executive committee in Kamenz did not support an agreement made between the executive committee of the Domowina and the SED regional executive committee of Lusatia, according to which members of the Domowina were required to support only the SED in the election campaign and to stand as candidates on the SED list, while at the same time resigning from the CDU. In the view of the the SED district executive committee such a one-sided commitment to the SED, demanded by the SED regional executive committee of Lusatia, contravened the guidelines of bloc policy, whose long-term aim was to gain acceptance of the political system of the Soviet Zone in the western zones, thereby carrying out the aims of Soviet interests in Germany. According to these, the CDU and the LDP should be drawn into sharing responsibility for policy in the Soviet Zone, and not be politically isolated. The policy of the SED district committee was however interpreted by the Domowina as representing a view, which was detrimental to the Sorbs, and this was main reason for the SED’s bad election results among the Sorbs of the Kamenz district.