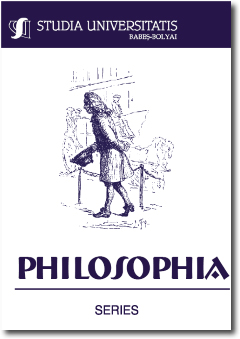 Summary/Abstract: In this paper I try to develop an alternative vision referring to the birth of a nation. According to my point of view, the nation is a product of late modernity; therefore we could call this point of view “modernist”. I argue that before the age of French Revolution there was no such thing as nation in the modern sense of the word. Nation (as a specific form of political community) and nationalism (as a certain type of self–interpretation) are the results of the French Revolution, both historically and politically (or ideologically). Still, contrary to the majority of “modernist” theorists (like Ernest Gellner, to name one), who are adepts of a sociological explanation and who consider – as a result – the birth of nation a “sociological necessity”, I try to deliver solid arguments to demonstrate that the nation is nothing else but the incorporated form of an ideology, namely the ideology of national sovereignty. As a consequence, it is not (or the birth of nation was not) a historical or even “sociological” necessity. Beyond all these convictions, I also argue that there are some sorts of mechanisms (mostly political by nature) which did not only stimulate the birth of a nation, but explicitly required the existence of nations. One of these is certainly the democratic governance – or the republic, as it was known at that time. It is not accidental that István Bibó, one of the greatest Hungarian political thinkers ever, had the strong conviction (expressed over and over through his work) that nationalism and democratism are twins because they came into the world at the same time and place.