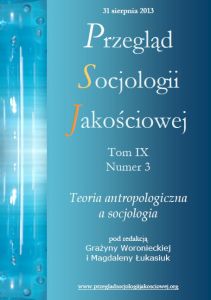 Summary/Abstract: Since 2006 the US Department of Defense have begun employing social scientists in combat brigades in Iraq and Afghanistan. The US Army and CIA officially decided to mobilize anthropologists to the project of the Human Terrain System for the counterinsurgency war. This decision provoked enormous critique of the project in anthropological community. The intense discussion about turning anthropology into a military tool provokes also wider public discussion about ethics and current role of anthropology. Morover, uknown history of anthropology and the role of anthropologists during the past wars has been reveled by these discussions. In this paper I refer to the discussion connected with anthropologists engagement in recent and past wars. The growing interest in history of anthropology shows that more than half of American anthropologists were using their professional skills to advance the war effort during World War II. I give examples of such involvement relevant to both World Wars, as well as to the Cold War. I show the ways in which anthropologists were used in military and intelligence operations. I consider how the engagement in those wars changed anthropology itself and its Code of Ethics. I point out ethical and practical implications of engagement especially for the field relations. Keeping in mind those historical examples of social scientists war's involvement I state firmly that any application of anthropology in war activities could lead serious danger for anthropologists and for the discipline as well.