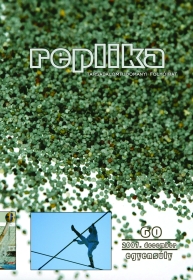 Summary/Abstract: The paper explores Burawoy’s views on public sociology. It points out that Burawoy’s approach reflects the arguments of both the critical tradition of sociology and that of Talcott Parsons’ theory of structural functionalism. The paper argues that Burawoy does not provide an original synthesis between conflict and consensus theories. Instead, he creates an approach that is problematic in many respects, since Burawoy’s value-orientation led by critical sociology lurks behind the work with objectives of the politics of science that aims to build a consensus based on a Parsonsian model. Furthermore, Burawoy’s historical conceptualization of science is challenged, which considered to be an interpretation of Marxist tradition referring back to early modern philosophy. This forms the basis of the explanation of the craving for authority that reaches beyond the narrow confines of science. The paper suggests that despite Burawoy’s minor intellectual “innovations” – that can be traced back to E. P Thompson or Touraine – he fundamentally maintains a traditional view on the role of science. In addition, maintaining such a role of the legislator is linked—somewhat implicitly—to an ideological particularity. Based on these arguments the paper concludes that Burawoy’s vision is incapable of providing a feasible program for the rejuvenation of the discipline.