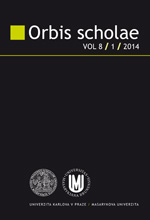 Summary/Abstract: The article is a case study of two primary schools (which educate children ages 6−16), where almost all the pupils are Roma. We describe the genesis of the process through which segregation (i.e. changing from a “local” to a “gypsy” school) was established, as well as the outcomes of it, which included a massive outflow of both teachers and non-Roma pupils from the schools. We pay close attention to the changing status of the schools, as well as the impact of the transformation upon the remaining teachers. Voice is also given to the Roma parents whose children go to these schools, as well as the school’s representatives (directors, deputies and local politicians) responsible for the financial running of the schools. Overall, the presented data shows a colourful mosaic of segregation, one which officially does not exist, and for which there is no solution easily acceptable to all those affected.