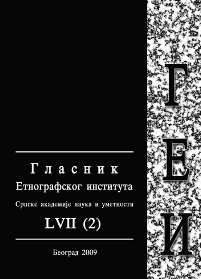 Summary/Abstract: One of the events that marked the last decade of the 20th century was a more intensive re-evaluation of the work of Marcel Griaule (1898-1956), who was the first French ethnologist to conduct planned field research among the Dogon of Western Africa, in the period between 1931 and 1956. Griaule’s work had previously been re-examined in the sixties, in France (Georges Balandier), Great Britain (Mary Douglas) and in other places. British social anthropologists had put forward a critique of Griaule’s field methods, concentrating on his use of translators and work with privileged informants. Van Beek’ repeated study from 1991 started the new wave of polemic that came to include Griaule’s old critics, associates and relatives. Some of the participants in this debate interpreted Van Beek’s “attack” on Griaule as - inspired by Freeman’s critique of Mead, and the general trend of reevaluations - of anthropology’s leading figures at the close of the 20th century. The objective of Van Beek’s repeated study was to evaluate the reliability of Griaule’s findings. Van Beek emphasized three groups of errors in Griaule’s research: 1) the scarcity of data; 2) the unverifiability of data; 3) the inappropriateness of analyses. Van Beeks’ repeated study did not reach the level of controversy that followed the Mead- Freeman polemic in the eighties. On the other hand, it puit forward an important question on whether French anthropology can face selfcriticism, and established Dutch academic presence in Western Africa The French advocates of “New Dogon anthropology” focus their research on time “before Ogotemmêli” and “after Ambara”. Another important improvement represents the inclusion of local Dogon scholars.