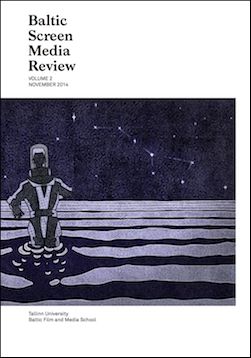 Summary/Abstract: The traumas of the twentieth century affected the development of trauma narrative in literature and cinema. Much of the trauma theory in different disciplines developed largely from the Holocaust literature as well as from gender-based violence. The criticism of many examples in contemporary trauma theory has been that they are applicable only to Western countries and do not take into account the difficult transitions between the non-Western and Western world. The countries that had gone through a brutal occupation of the Soviet Union also experienced the trauma of transformation, as whole societies turned into post-Soviet nations next to the developed Nordic/Western states. This article will examine the representations of trauma in Sofi Oksanen’s fictional narrative Purge (Puhdistus, 2008) and Lukas Moodysson’s cinematic narrative Lilya 4-Ever (Lilja 4-ever, Sweden/Denmark, 2002) and offer an analysis of the trauma of transitions in the borderland between the post-Soviet and Nordic countries. Both Oksanen and Moodysson, as observers from the Nordic countries (Finland and Sweden respectively), have chosen to depict the post-Soviet trauma through a female body which is trapped in forced prostitution in Western Europe or Scandinavia and her emotions and reactions to her trauma. This article will argue that both authors contribute to the post-Cold War discourse that discusses the cultural borders between “East” and “West”, presenting a trauma of globalisation, drawing attention to unspoken subjects, but also contributing to the existing views of post-Soviet spaces as ruined and traumatising.