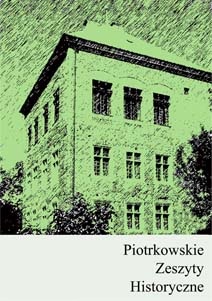 Summary/Abstract: Aleksandra Kołłontaj’s attitude towards the feminist movements of the early 20th century was complicated. Initially, Kołłontaj held negative opinions of the feminists. These views were determined by the Russian historical context. Kołłontaj represented the leftist part of the society, the groups which were in conflict with the other women’s movements operating in the tsarist empire. It must be observed, however, that in spite of the initially different political views, she nevertheless considered the possibility of cooperation, which became evident during the Russian Congress of Women. Later still, her views became more radical. Despite this change, Kołłontaj shows continuing respect to Tatiana Schepkina-Kupernik, who was not involved in the women’s socialist movement. In the years to follow, Kołłontaj launched attacks against the feminist ideology. She held a view that the conflict with the feminists was determined by the social class differences and was therefore impossible for the leftists to be solved through negotiation.